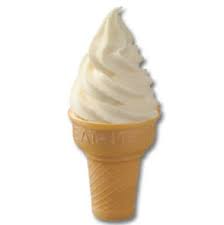 Is this a human right?

[Cross-posted at City of God.]

“Whereas the peoples of the United Nations have in the Charter reaffirmed their faith in fundamental human rights, in the dignity and worth of the human person and in the equal rights of men and women…” ~ From the Preamble to the Universal Declaration of Human Rights

Here is something that I wonder: does Western civilization have a coherent argument for the existence of human rights?

How do we determine what is a right?

An article on the Mises.org blog from a while back raised this question in a vivid manner:

Every once in a while, something comes along that perfectly encapsulates the idea of so-called “social justice” in action. For all the wonderful critiques that have been written about this wretched concept by its many detractors, none quite match the elegant simplicity of a recent work by some of its advocates. I am referring here to a recent video made for the World Day of Social Justice in which students and teachers complete this sentence:

The video is a colorful montage of possible completions to this sentence, set to some pleasant easy-listening music. It shows students and teachers completing the above sentence, showing their answers written on their hands, arms, and feet. The people in the video give answers consisting of all manner of desirable things, from knowledge, justice, love, compassion, and truth to healthcare, education, food, clean water, nutrition, shoes, dancing, rock-and-roll, and even lollipops and ice cream.

A few of these things could be construed as genuine rights, if interpreted charitably, but most are more fanciful, such as the alleged rights to ice cream and rock-and-roll. Moreover, the weight of desirable goods of this latter kind makes the core message of the video clear: anything that is desirable is a right. You want more food? Then it’s a right. Want better healthcare? Also a right. You want knowledge and compassion? Then they’re rights too. Want love, dancing, prenatal care, and lollipops [and cheap internet access–AF]? Rights, rights, rights, rights.

Is this what we are reduced to now, basically? If something is desirable, then we have a right to it?

I have a suspicion about this. I think we have come to this situation because, deep down, Western civilization has lost the ability to actually make a case for rights at all. Defending natural rights would require believing human beings have a determinate, knowable, and fixed nature, a belief which, in turn, does not make a great deal of sense without the existence of some kind of designer and ruler of the universe who could hold us accountable. These two beliefs, however, are dangerous in the present context, because they open doors to the possibility that we might have rights and duties we would rather not have. Thus what we have instead of a coherent defense of rights is irrational emotionalism disguised as a political philosophy: people have desires for x and y, or they have deep anger when they don’t get x and y, and they take this as a sufficient justification for belief that they have a right to x and y.

What this suggests, in the last analysis, is that the “faith” expressed in the UDHR is faith in the worst kind of sense: a blind leap into the dark. It is only a matter of time, I fear, until sociopaths (whether within our civilization or without) start to call our bluff.

One thought on “Human Rights?”